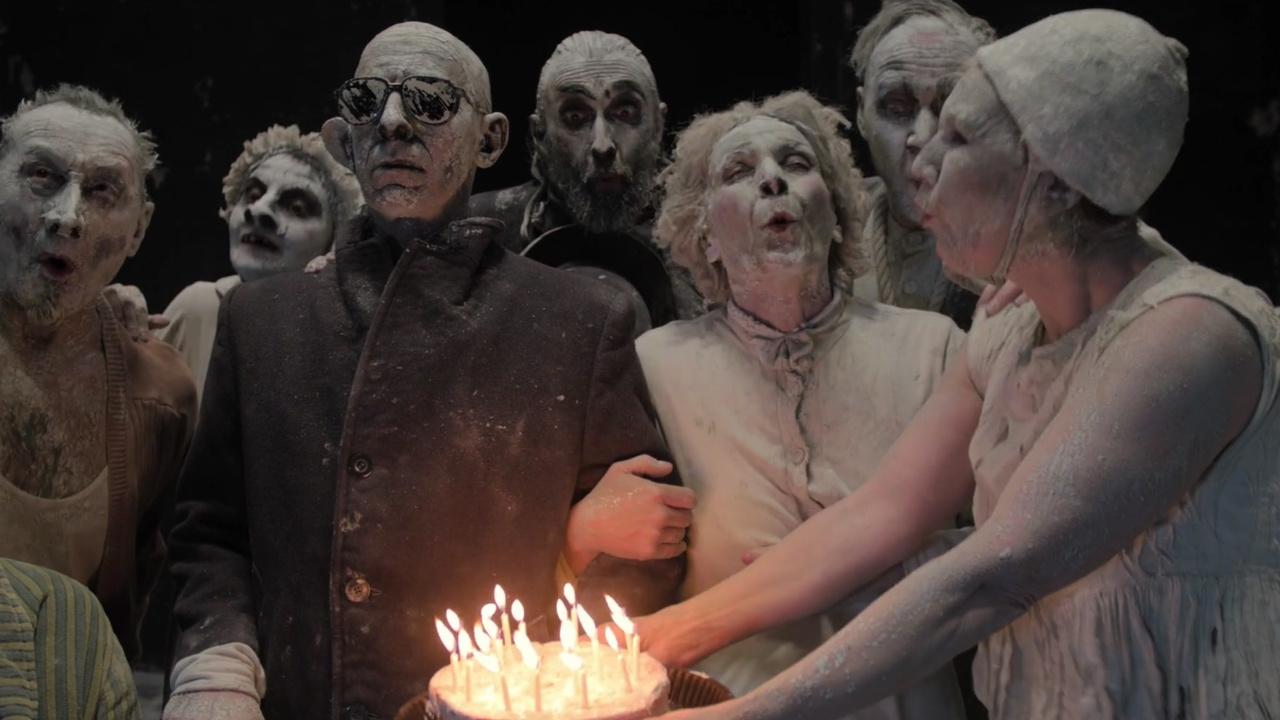 French choreographer Maguy Marin occupies a distinctive place in contemporary dance and dance theatre. The documentary “Time to Act” follows the stage life of her iconic piece “May B”. Created in 1981, it established her international reputation and continues to be performed around the world, being presented more than 450 times so far. The performance is a bizarre adaptation of Samuel Beckett’s oeuvre and his absurd world, inhabited by eccentric characters. Maguy Marin captures the existential themes they embody – the waiting in the void, the hesitation, hope and self-deception – and interprets them by the means of dance theatre and expressive imagery. The film introduces into the life, style and philosophy of the grand dame of French dance, who has received a number of international awards, including the prestigious Golden Lion of the Venice Biennale (2016).

For the last several years I’ve been contemplating making a real film out of the piece May B, something more than just another video recording, rather a film in itself accompanied by a documentary that would retrace the history and experience of the different protagonists who have been involved with the work over the years… The film is like a palimpsest of the sediment of tightly woven images and documents that evoke the slow process of superimposition, of restaging and repetition. To let loose the words and the voices of those who, both young and less so, have traversed the piece for the first time or the hundredth time. Of those who, from generation to generation and with each restaging, each performance and each new audience have made it possible for the part of themselves and their humanity inscribed and subtly intermixed with Beckett’s characters to emerge. To intertwine the elements of the artistic work that goes on in close contact with the performers who make the work possible, is a task that can only be undertaken by a director intimately acquainted with my work, an artist capable of delicately conveying the experience itself. David Mambouch, my son, was born at the same time as the piece was created in 1982. He grew up surrounded by the company and is an actor and director, an author and filmmaker.

Maguy Marin studied classical ballet at the Toulouse Dance Academy. She then joined the Strasbourg Dance Company and later Mudra, Maurice Béjart’s multi-disciplinary school in Brussels. In the course of several years she was a soloist in his famous company Le Ballet du XX siècle. In the ‘70ies she started working independently and became a part of the new French wave in dance. 1981 she created “May B” in dialogue with author Samuel Beckett and together with her version of “Cinderella” for The Lyon Opera Ballet in 1985 both productions became landmarks for her dance theater’s aesthetics. 1984 Maguy Marin founded Maguy Marin Dance Company with which she has created more than 25 performances. She is distinguished with the National Dance Award and the Chevalier Order of Arts and Letters granted by French Ministry of Culture.