Central to Goecke’s new work is the conception of dance as art, which also makes a ‘voice’ audible behind the movement, and the desire to reinforce that voice of the piece through further voices. Alongside the musical voices of the orchestral works by Czech composer Pavel Haas and the Finn composer Pehr Hendrik Nordgren, Goecke once again made the exceptional voice of Antony and the Johnsons part of his art and declares:

“I think it is dramatic and big, but at the same time also contemplative and intimate, in her voice lies a torment that points inwards. For me, the dance says absolutely nothing if it doesn’t constantly refer to the inside.” Besides the voice of the movement, Goecke also repeatedly gives his dancers their acoustic voice to make them appear less abstract and human: screeching, roaring, cursing, which seems obsessive, sometimes whispered words that repeat themselves yet for Goecke entail life entirely: “All life and love is a Thank you, hello and goodbye“, expatiates Goecke, as he takes a walk with his demon. – Nadja Kadel 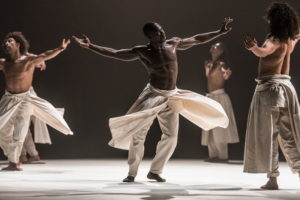 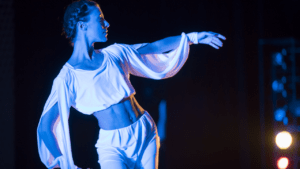