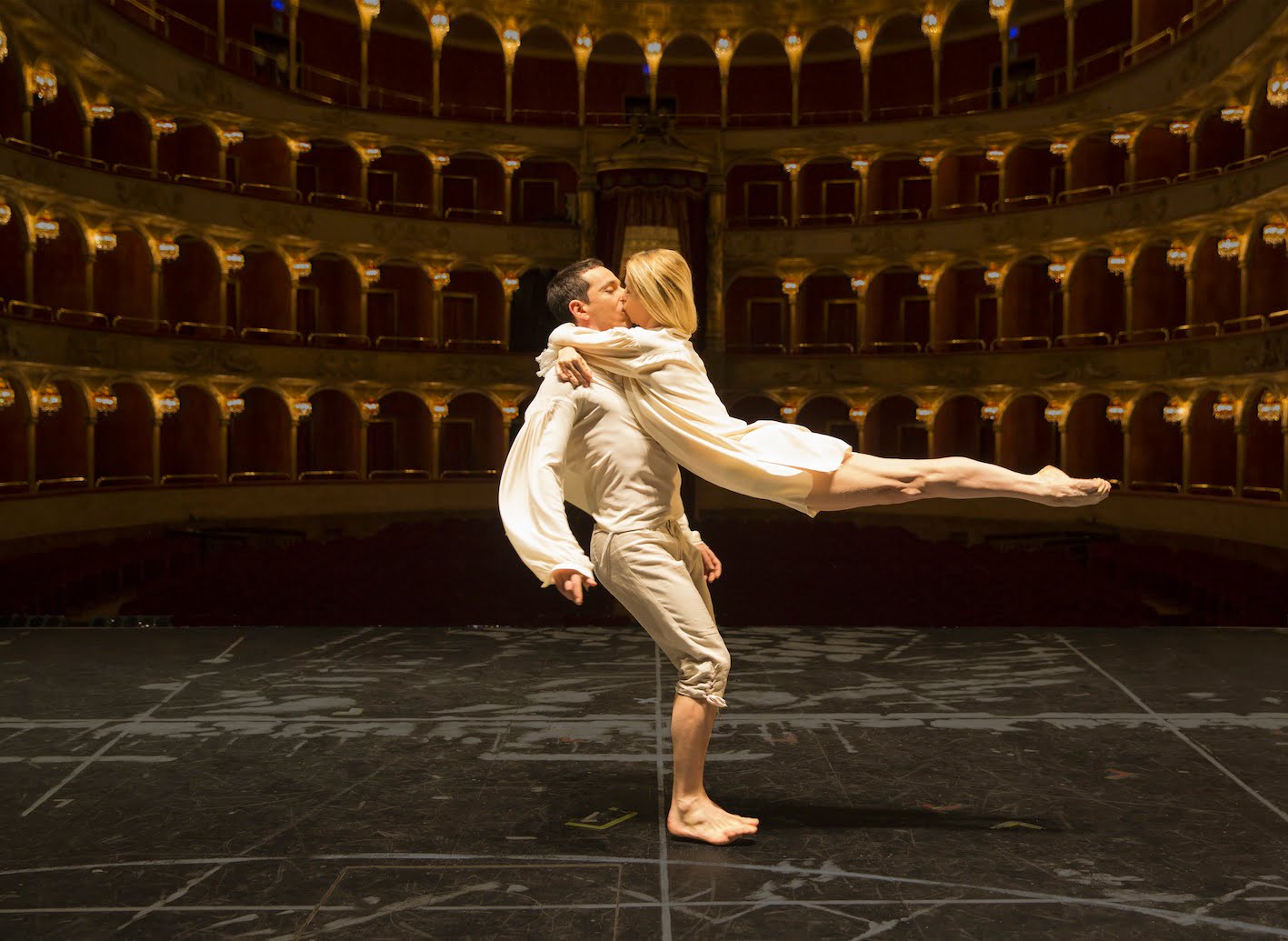 Originally created for the Ballet de l’Opéra de Paris and performed for the first time at the Palais Garnier on 9 April 1994, Angelin Preljoçaj’s highly personal contemplation on the nature of love now comes to the stage of the Teatro Costanzi, the Rome Opera House.

Using Choderlos de Laclos’ 1782 novel, Les Liaisons Dangereuses, as its model, and set to the music of Wolfgang Amadeus Mozart, Le Parc looks back to the highly stylised traditions and rules for love and life in the European courts of the eighteenth century.

Framed, and at times interrupted abruptly, by the electronic soundscapes created for Le Parc by Goran Vejvoda, Preljoçaj opens a window on a world that is both elegant and desolate. At the beginning of the ballet, a group of jardiniers gather to look in on the affairs of their superiors. We are left to make up our own minds as to whether these gardeners are there to play cupid to their masters or to provide a critique of their comings and goings as they pursue their next amorous conquest. Thierry Leproust’s highly imaginative, quasi-industrial, set designs jar with our expectations to create a space that is cold and devoid of affection.

As the same characters return for Le Parc’s conclusion, the tableau becomes complete. Only one nameless couple appear to have moved beyond simple physical attraction. But even for this pair, there is no certain resolution, no comfortable end to the narrative; in its place there is only an unyielding intensity in the connection between them. Even as they lose themselves in one another in the final pas de deux, we can never quite be sure that they will find real happiness.

There is, however, no doubt as to the beauty of the work. With the ballet drawing on so much of Mozart’s slowest music, Le Parc demands the utmost precision from its dancers. It is utterly compelling to watch even though much of its allure stems from the thrill of the chase rather than that which comes out of true love. The measured, almost steely, sensuality of the ballet holds sway right up until the end when Le Parc finally gives way to its last few moments of fleeting tenderness.