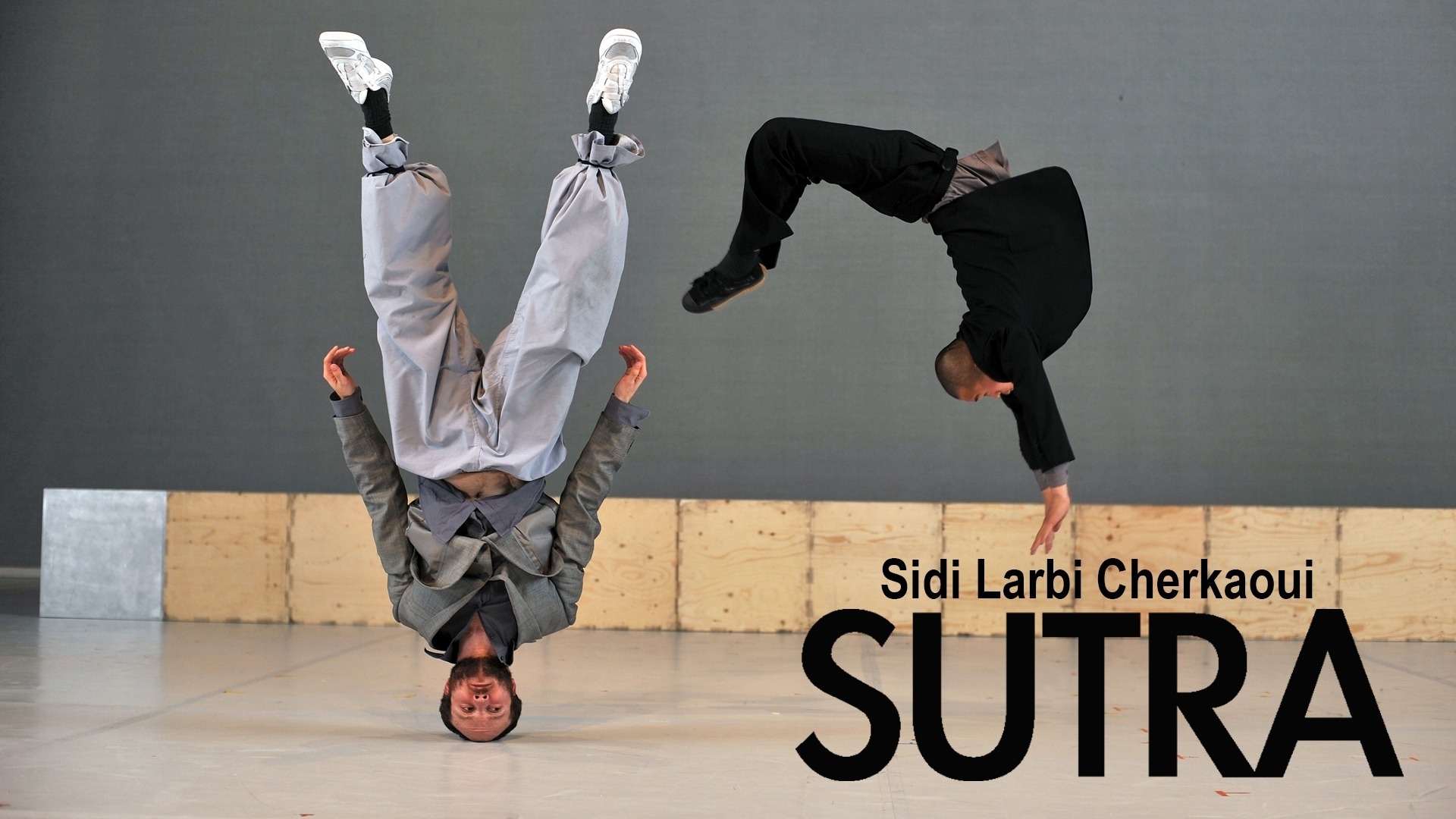 Sutra is the befitting title of this powerful and poetic piece, featuring seventeen warrior monks of the Chinese Shaolin Temple performing in collaboration with the Belgian-Moroccan choreographer, Sidi Larbi Cherkaoui (born 1976), who together have composed a mesmerizing aphoristic journey akin to the unfurling of a Buddhist scripture. In a cultural embrace between Eastern philosophy and Western aesthetics, British sculptor, Antony Gormley (born 30th August 1950), has also joined forces to create the most perfectly complementary minimalistic set design alongside Polish composer, Szymon Brzóska’s plaintive musical score, as we traverse the passage of a man’s spiritual life from cradle to grave.

A teacher-guru passing on his knowledge to his young protégé huddled over a miniature model of the stage opens the performance, like deities presiding over the fate of mankind. But soon the infant monk abandons his tutor and joins the troupe of Shaolin monks as they display their acrobatic kung fu skills with staffs and sabres, gymnastic balances, synchronized formations and mindful tai chi amidst a labyrinth of wooden boxes. Ingeniously, over the course of the unfolding drama, these plain pinewood crates metamorphose into an array of arresting images: coffins, bridges, walls, temples, graveyards, cityscapes, dominoes, bookshelves, even a budding lotus flower.

More specifically, each box is representative of the confines of self, an encasement in which each monk metes out control over his mind and body within the confines of space and time, beautifully counterposed by the rigidity of the cuboid shapes set against the dancers’ fluidity of movement. Indeed, as the child disciple’s games take on the challenge of integrating the theory of the monastery into practice in the real world, as audience we also forced to confront our own voyage of self-discovery and rediscover the common thread of humanity that unites us all.

The inspiration of pure dance, with the body released as an expressive subject in its own right, detached from concerns with narrative, has been an inspiration for thirty years … [I am] less interested in the courtly disciplines of traditional ballet and more in the evolution begun by Martha Graham, in which the body and its relationship to the floor and gravity opened up new expressive potentials for the language of the body in motion. While spending a great deal of time trying to make material equivalents to what it feels like to inhabit a body … [I] consider the dancer’s life the most generous and demanding of any profession, using life itself as the primary medium of communication.