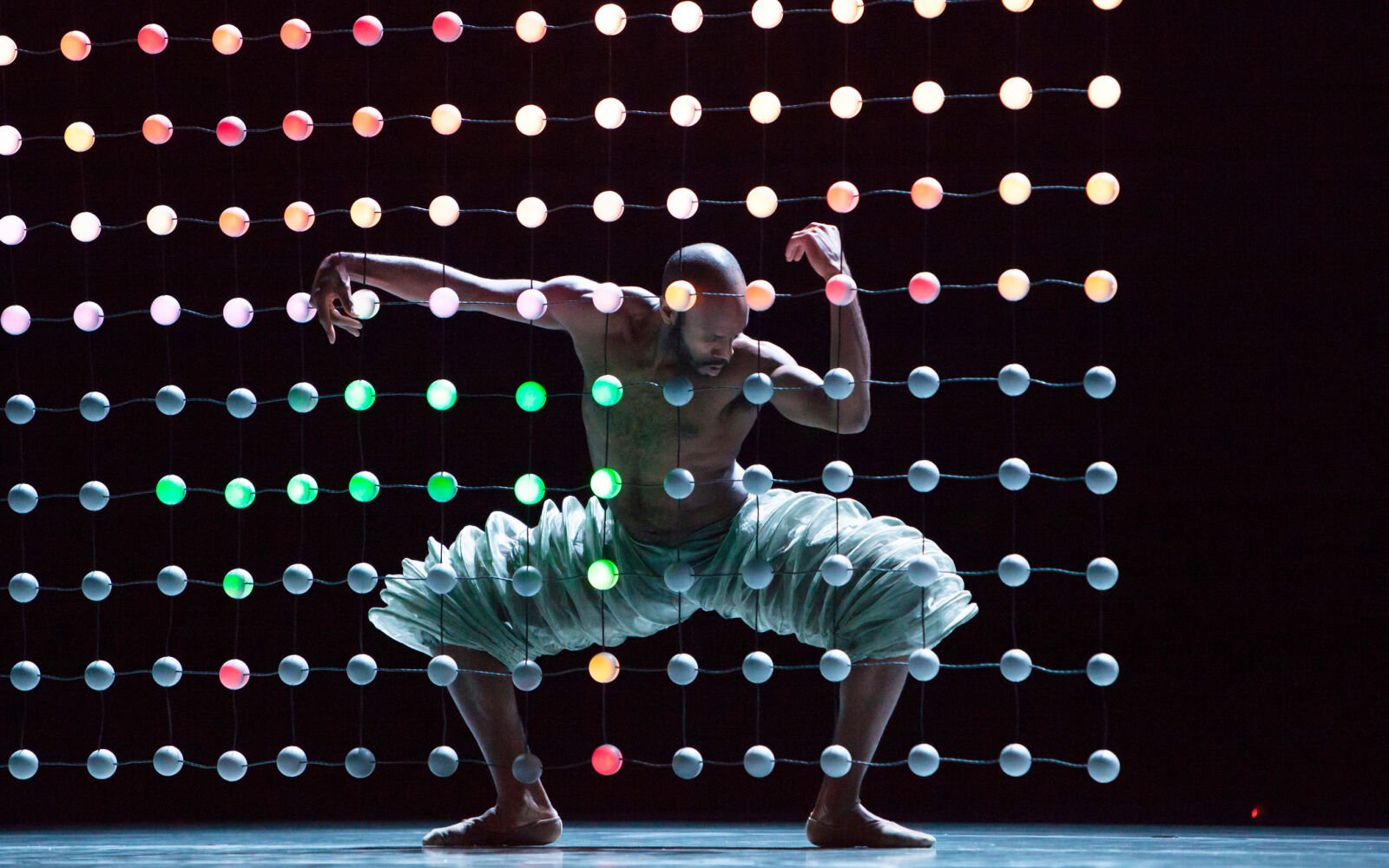 Sidereal time – the time of stars – is the way that astronomers fix their telescopes on remote constellations from night to night, since the earth spins them away each day. Celestial geometrics align our bodies with the complex grids of galaxies, and fireflies remind us that we can almost cup the stars in our hands.

In Constellation, internationally acclaimed choreographer Alonzo King explores the orientation of our bodies to light. Campbell, a contemporary artist whose work is part of public collections at the Metropolitan Museum of Art, The Museum of Modern Art and The Whitney Museum of American Art, among others, and whose 2010 work Scattered Light was installed in the Madison Square Park Conservancy in Manhattan, lights up the stage with 1,300 LED spheres. Israeli mezzo-sporano Lahyani, one of today’s most sought-after young singers, sings to a score that meshes Baroque music with contemporary music by composers Leslie Stuck, Somei Satoh and Benjamin Juodvalkis.

Together, with LINES Ballet’s dancers, these artists offer a work that is luminous and lucid, encompassing and intimate. Over the course of the piece, the dancers interact with the LED spheres – strings of light drape the dancers’ bodies and lighted globes are tucked in their hands or the crooks of their knees.