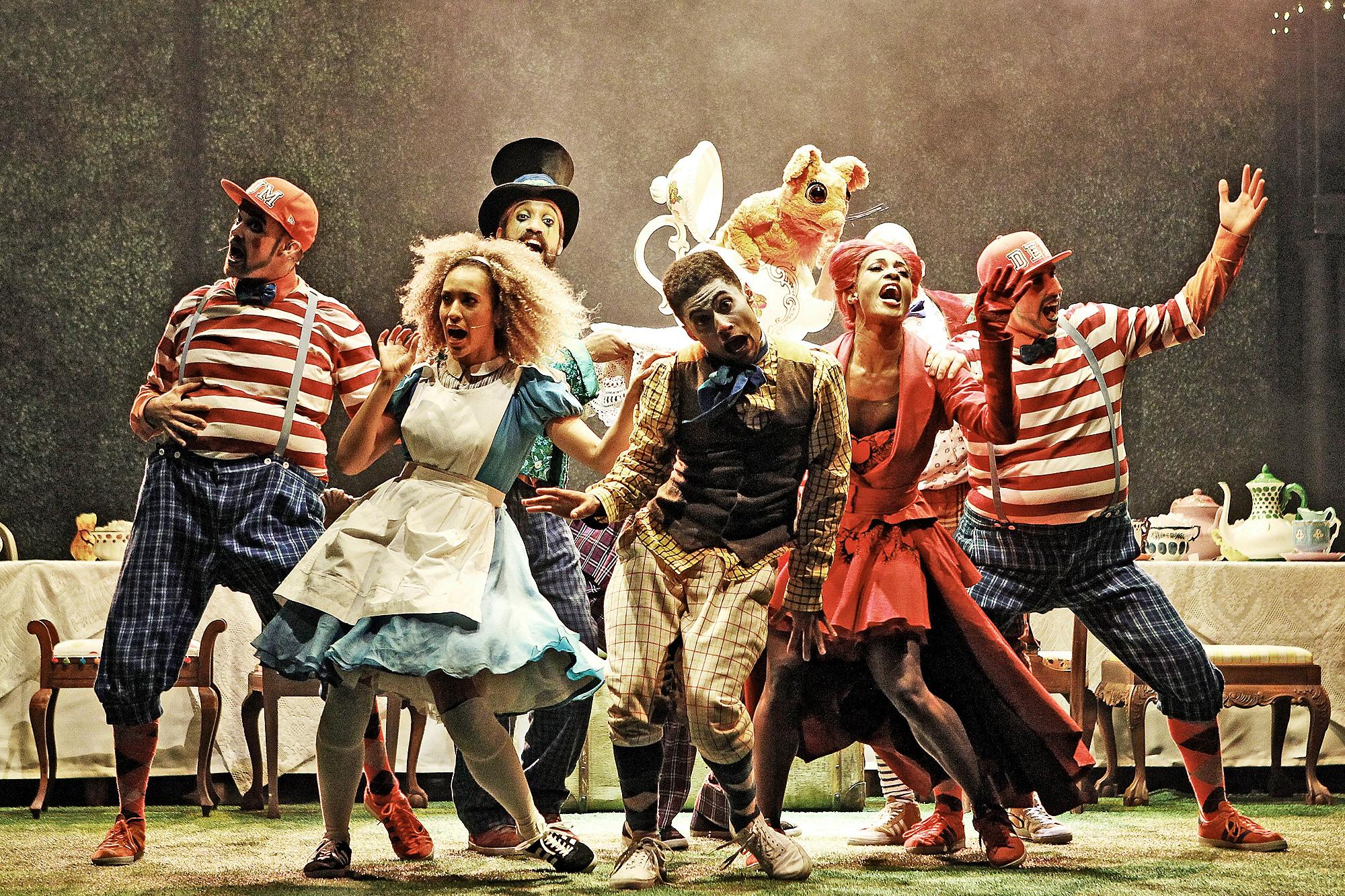 Young psychotherapist Ernest is an expert in being normal – he even has a PhD in normalization. He’s just begun his first job, at the prestigious (if rather gloomy) Institute for Extremely Normal Behaviour. It’s immediately clear his patients need his help: the March Hare, the Mad Hatter, Tweedledum and Tweedledee and the furious Queen of Hearts all claim to be from somewhere called Wonderland. But as Ernest gets to know them all, he begins to ask himself two big questions: what is ‘normal’ and what’s so great about it anyway?

The Kate Prince Company creates irresistible narrative hip hop dance theatre. Their exuberant, sell-out show The Mad Hatter’s Tea Party taps into the heady imagination of Lewis Carroll’s much-loved world, exploring its unique characters and wondering what has made them the way they are. The show was commissioned by The Royal Ballet to complement the now-classic large-scale Alice’s Adventures in Wonderland, choreographed by Christopher Wheeldon, uniting ballet and hip-hop under one tradition of excellent storytelling through dance. ZooNation’s take on Carroll’s classic is a riot of invention and infectious energy, and the amazing physicality of such dancers as Tommy Franzén, Turbo and Teneisha Bonner brings a new dimension to the characters we thought we already knew so well.

ZooNation has won nationwide acclaim with its hugely popular shows, including Into the Hoods and Some Like It Hip Hop. Playfully drawing on everything from Shakespeare to Sondheim, Artistic Director Kate Prince and her company present brilliantly exuberant dance adventures overflowing with energy and wit. The Mad Hatter’s Tea Party brings together regular ZooNation collaborators Ben Stones, with his innovative and colourful set designs, and the musical team of Josh Cohen and DJ Walde. As The Telegraph commented: ‘You’d be mad to miss this party!’