Untitled Black by Sharon Eyal and Gai Behar is pure, multi-layered, emotional choreography. Through its atmospheric and futuristic movement, embedded in a structure of strong composition, it takes us into a fantastic parallel universe. Live music by DJ Ori Lichtik plays an important role. Untitled Black has been created specifically for GöteborgsOperans Danskompani and eight dancers from Batsheva Dance Company.

Sharon Eyal danced with Batsheva Dance Company from 1990 until 2008 and began choreographing within the framework of the company’s Batsheva Dancers Create project. She served as Associate Artistic Director of Batsheva 2003–2004, and House Choreographer 2005–2012. In 2009 Eyal began creating works for other dance companies around the world. Eyal is the recipient of numerous awards, including the 2004 Ministry of Culture Award for young dance creators and the 2009 Landau Prize for the Performing Arts in the dance category. In 2008, she was named a Chosen Artist of the Israel Cultural Excellence Foundation.

Between 1999–2005 Gai Behar produced live music and underground artistic events, alongside techno raves. This underground line included a wandering sound system and raves in deserted buildings, basements and parking lots, in which live performances and installations by plastic artists took part. As of 2005 Gai has been collaborating with Sharon Eyal. 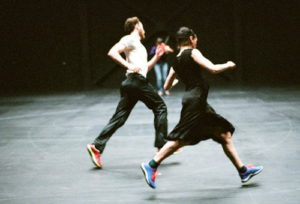 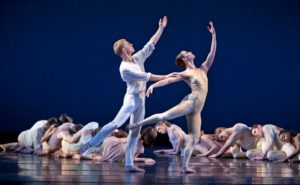