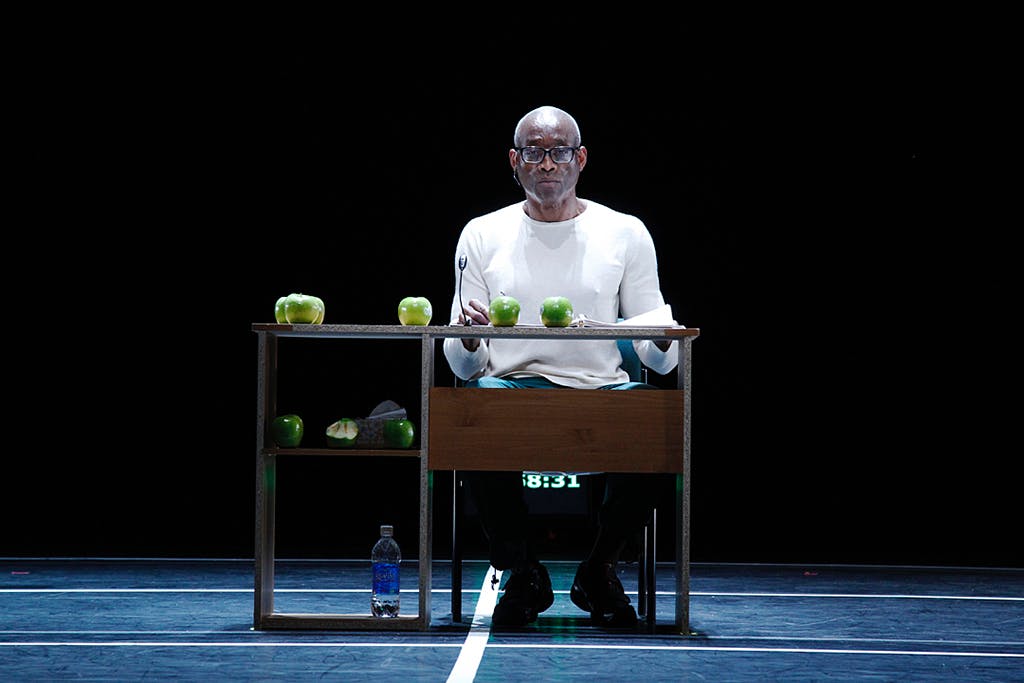 Founded as a multicultural ensemble in 1982, the company was born of an eleven-year artistic collaboration between Bill T. Jones and the late Arnie Zane (1948-1988), appearing multiple times at the Pillow since its debut engagement in 1989. The company has also spent creative time at the Pillow, developing part of Last Supper at Uncle Tom’s Cabinduring a 1990 residency. Abraham Lincoln’s bicentennial was the inspiration for three works including Serenade/The Proposition in 2008. Jones has recently reached a wider public through his Broadway choreography for Spring Awakening and both direction and choreography for Fela!. He received his second Tony for Best Choreography in the same month when he accepted the 2010 Jacob’s Pillow Dance Award.

Inspired by legendary artist John Cage’s indeterminacy, Bill T Jones returns to the stage in a collage of dance, music and 70 of his own whort stories, arranged for each performance by chance procedures.