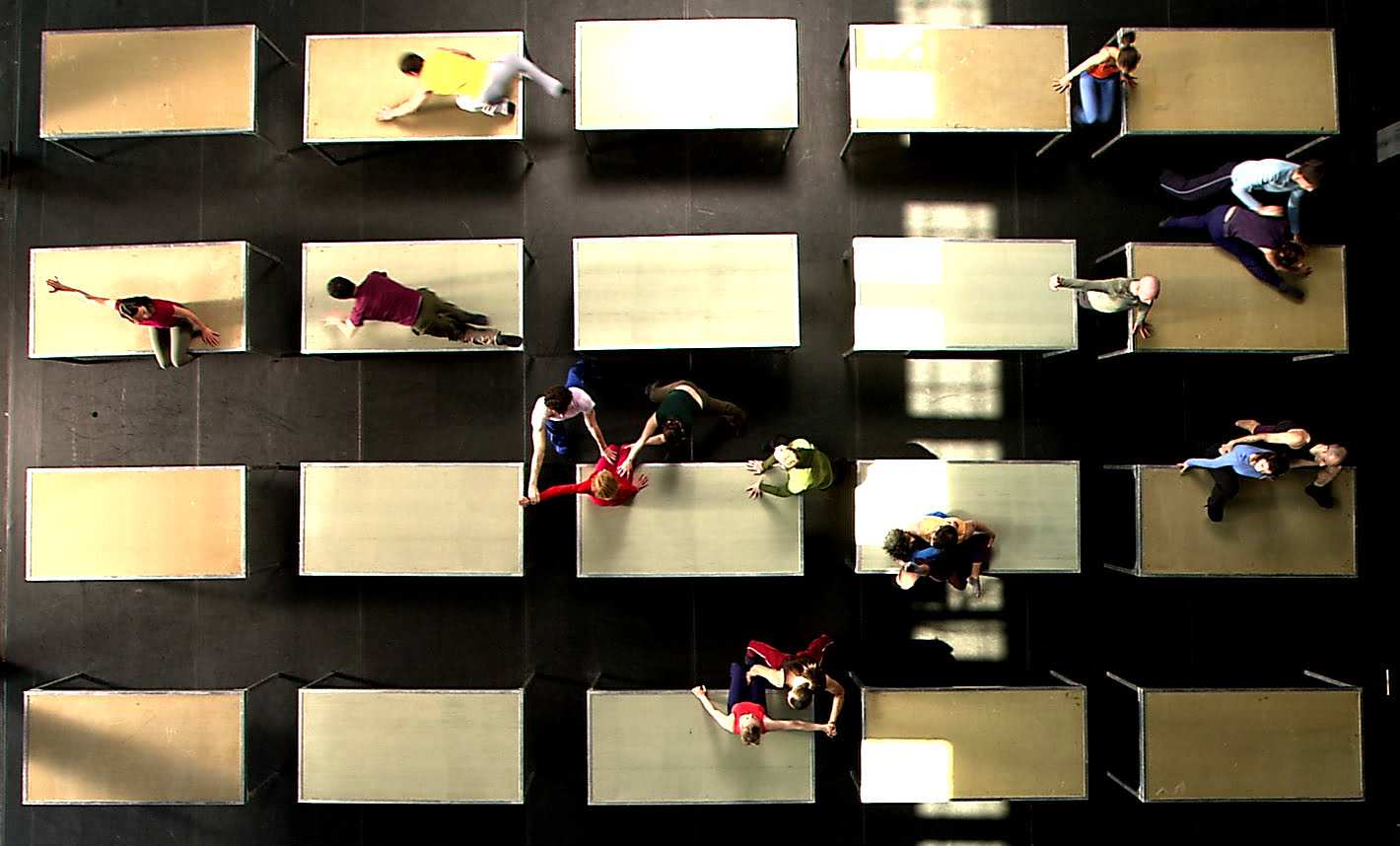 One Flat Thing is a play for 14 dancers and 20 tables on the music of Thom Willems. Unanimously acclaimed by the press, this work of a strong theatrical intensity oscillates between disorder and [symmetry]. This very powerful creation gives rise today to a new work One Flat Thing Reproduced. Realised by Thierry de Mey – one of the most important directors of dance films – designed this film as a full work. The theatrical disposition was studied especially for the shooting, permitting three cameras to shoot the action from different points of view. He catches chore[o]graphic principles [developed] by Forsythe. The way he films, touched by the looks and the exchanges between the dancers, permits to have clear the complexity of creation. Thus, appear very evidently: the aesthetical beauty of shapes, the intensity of the movements and also the human side, thanks to the exchanges of looks. This new experience offers to the audience the possibility of receiving this creation in a completely different way, outside of a theatre.

The director of a dance film is inevitably confronted with the task of ‘translating’ from one medium to another. If it’s a case of filming a “cult” choreography that pre-dates the film, the additional challenge is the “duty of recall” since the film of the choreography will carry with it, into some future time, the memory of its theatrical representation. One flat thing is rightly considered as one of William Forsythe’s major works, in which the virtuosity of the performers rivals the ingenious complexity of the choreography (to the extent that this production has come to be known as “William Forsythe’s olympics”! The film itself adopts a subjective approach, not exhaustive, a perspective that gathers and predetermines the sequence of production choices – in our view the best guarantee to have a chance of success in the transmission of the choreographic challenges.

In Thematic Variations on One Flat Thing, reproduced, William Forsythe and Thierry de Mey investigate movement from a variety of perspectives. The individual studies and their order of performance provide viewers with new insights into William Forsythe’s choreographic vocabulary.

From the making and performing of One Flat Thing, reproduced 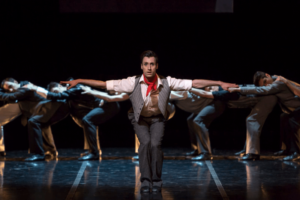 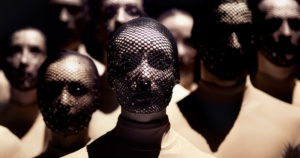