Toronto Dance Theatre returns to the Fleck Dance Theatre with Glass Fields, an exhilarating program of premieres created in response to Christopher House’s masterwork Glass Houses (1983). Set to Ann Southam’s exuberant piano music, Glass Houses was described by the New York Times as “downright startling – spewing forth a kinetic brilliance in the form of energy and continuum”. TDT’s fiftieth anniversary program kicks off with a performance of the original work followed by premieres by Amanda Acorn, Jasmyn Fyffe, Hanna Kiel, Tedd Robinson and Christopher House that refract its essence through a fascinating variety of contemporary lenses.

To celebrate the 50th year of Toronto Dance Theatre, House launched an ambitious new performance piece: The Glass Fields Project. Using Glass Houses as a starting point, he and four other choreographers – Amanda Acorn, Jasmyn Fyffe, Hanna Kiel and Tedd Robinson – each created a new 10-minute piece that reinterprets or responds to the 1983 hit.

For her piece, Fyffe reconnected with House’s initial points of inspiration while also looking at some contemporary issues that she saw within the work.

“What is affecting us right now?” she asks. “With the dancers, we spoke a lot about social media, short attention spans, impatience and authenticity – these are the ideas that I started to play with in terms of creating a response to Glass Houses.”

The five new dance works will lead into a performance of the original Glass Houses, which continues to stand out for its dynamic physicality. Structuring the night in this way also allows for a more involved experience for the audience, according to House’s longtime friend and collaborator on the project, Tedd Robinson. 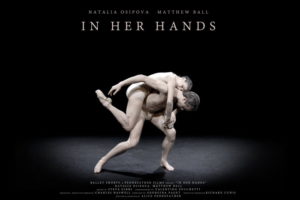 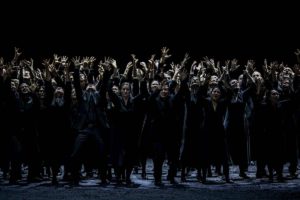