Moving in unison, 36 dancers portray a community of refugees – an anguished pas de deux from one couple is set in strong relief against it.

Canadian choreographer Crystal Pite has been acclaimed as ‘one of the most talented and intriguing choreographers working today’ (New York Times). Flight Pattern, created in 2017, is her first work for The Royal Ballet. Critically-acclaimed at its premiere, Flight Pattern is a poignant response to one of the biggest humanitarian crises facing current society.

This large-scale ensemble work, which takes a powerful and sombre look at the ongoing refugee crisis, is set to music from Górecki’s ‘Symphony of Sorrowful Songs’. Górecki’s music, often associated with the Holocaust, explores themes of motherhood and the separation of families. Pite gives these themes new meaning in a work that moves from the big picture of displaced communities to focus on the emotions of individuals: the large ensemble cast moves as one body, packed together in tight rows, until one distraught couple are marked out from the crowd through a poignant pas de deux. 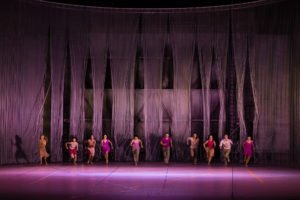 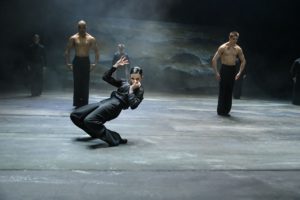