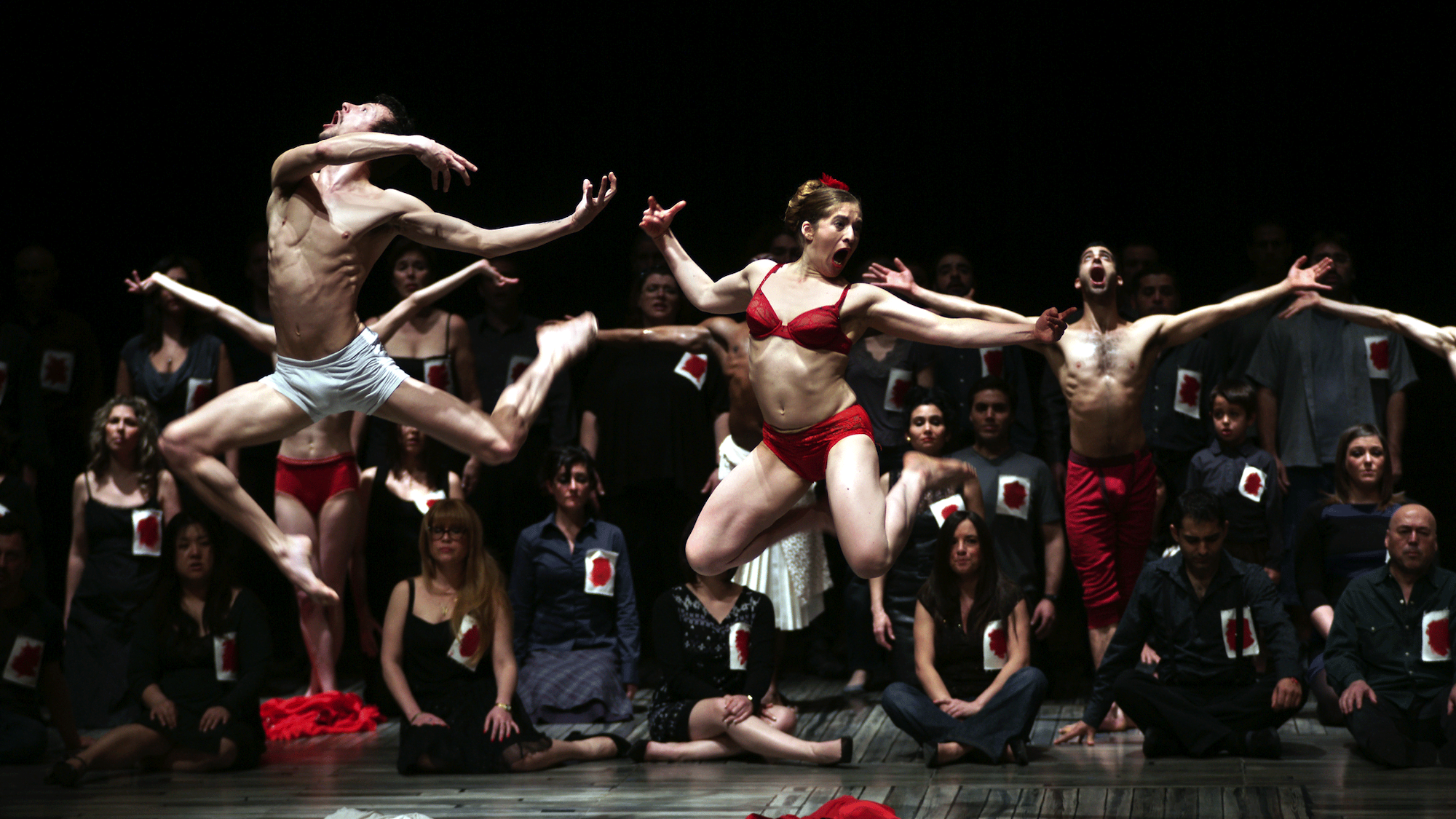 For years, the tension between the group and the individual has been at the heart in Platel’s choreographic works. In C(h)œurs, he examines how “dangerously beautiful” a group can be, helped by his company of dancers and the Teatro Real choir. What is the connection between the progressive 19th century nationalism of Verdi and Wagner and 21th century isolationist tendencies? The choreographer delves into the emotions intrinsic to the psychologies of the individual and the group, reflecting upon collectivist movements and their public and individual dimensions. His spectacle features magnificent choral scenes performed by more than 80 singers, dancers, and musicians. It was premiered on March 12, 2012 at the Teatro Real Madrid.

The power of the group is magnified more than once by these performers who invade the stage, engloutissent les danses: bodies jolting, duos tête à tête, limbs that join together to become creatures of savage beauty.