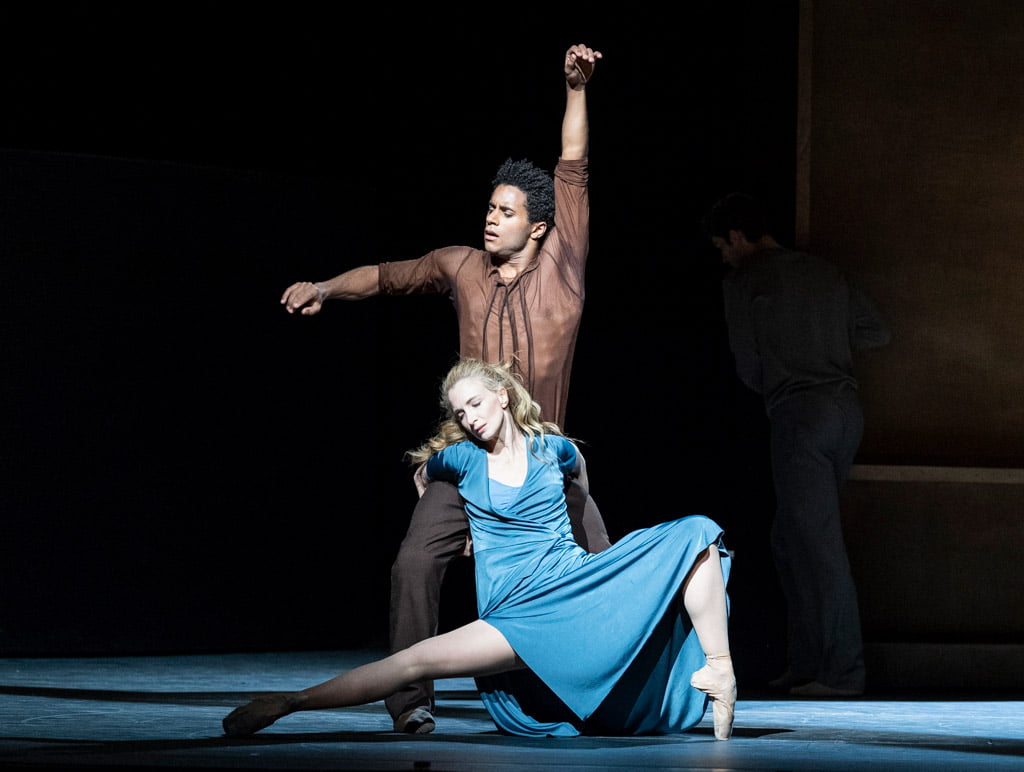 Cathy Marston’s first work for the Royal Opera House Main Stage is a lyrical memoir of the momentous life of the cellist Jacqueline du Pré, from her discovery of the cello through her celebrity as one of the most extraordinary players of the instrument to her frustration and struggle with multiple sclerosis.

Rich and poignant, joyous and tragic, The Cellist draws on the talents of The Royal Ballet’s Principals, Character Artists, Soloists and Corps to tell the moving story of the cellist’s life. Composer Philip Feeney incorporates some of the most moving and powerful cello music of Elgar, Beethoven, Fauré, Mendelssohn, Piatti, Rachmaninoff and Schubert into an exquisite score that is itself an homage to the cello.

The Cellist was first performed in February 2020 and this recording was broadcast live to cinemas on 25 February.

Awoken by echoes of past performances, the instrument is inspired to tell the story of a great player.

How a little girl heard the sound of the cello and fell in love with it.

How her mother started to teach her, until her abundant talent far outgrew her mother’s teaching.

How a new teacher opened the way to a community of peerless music-makers, where she met a conductor, who became her colleague and soulmate: their love impelled by music.

How they became celebrities, their fame amplified by many recordings.

How they married and embarked upon a whirlwind circuit of touring and concerts.

Until the cellist found herself beginning to flag, unable to keep up and the couple’s relationship started to unravel.

Because the cellist was battling more than tiredness: she was sick, an illness that would destroy her nerves, cut short her career and in the end her life.

How then the cellist fought to keep playing and when she could fight no more, shut away the instrument and fell silent.

How she lost her voice, but inspires still: the music she made resonating onward, etched in the memories of those who heard her and the recordings she left behind.